HERMENEUTICS
IN GENEALOGY
ANCESTRAL ARCHAEOLOGY
Genealogy is the archaeology of the soul, offers new depths of insight into ethnography, lineage and kinship, looking beyond regional, continental, and psychic barriers -- a coherence experienced from within, bringing forth that which was formerly hidden. According to Jung, when a personal experience corresponds to a latent primordial image, an archetype is activated. The new model is contemplation, participation, comprehension, poesis.

Gene Tree
The genealogy chart is a way to visualize and navigate the set of reconstructed ancestors, and narratives of pressures faced by the ancestors of the species over recent evolutionary time. Everything about us as individuals is a product of complex interactions between our genetic instructions and aspects of the environments in which they are expressed.

What advantage do we, humans, have? One is the ability to solve new problems, those on which evolution did not train generations of our ancestors? The brain has evolved many mental shortcuts, or heuristics. Heuristics evolved that helped our ancestors deal with political problems in small-scale social groups.

Intuitive Judgment
However, the world we currently live in is radically different from the world our ancestors lived in when these mental heuristics evolved. In some instances heuristics can lead us to misjudge and make mistakes due to the biases that heuristics can blind us to. Many fallacies are deeply embedded in our psychology. We can incorporate irrelevant anchors as judgments, beliefs, and values.

Liking or loving someone can blind us to their faults.
The mistake is projecting positive traits on someone because you love them. The doubt avoidance tendency can encourage us to disregard the odds and take on challenges with a high risk of failure. It can be a positive force for daring greatly or a catalyst for poorly thought out decision-making. The reciprocation tendency refers to the powerful urge that most humans have to reciprocate favors (and disfavors).

How can we look at something and claim to know it if our own flesh isn't included? Instinct is felt physiologically and experienced as numinous images that seem to contrast to mere bodily sensations and mechanisms; so archetypes are instincts "raised to a high frequency," just as instincts emanate from an archetype's "low frequency." Just as instincts impel toward behavior, the archetypes impel toward certain kinds of perceptions -- innate psychological mechanisms.
Heuristics of Genealogy
Derived from a Greek word that means "to discover," heuristic describes a rule of thumb or a method that comes from experience and helps you think through things, like the process of elimination, or the process of trial and error. You can think of a heuristic as a shortcut.

A heuristic technique (/hjᵿˈrɪstᵻk/; Ancient Greek: εὑρίσκω, "find" or "discover"), often called simply a heuristic, is any approach to problem solving, learning, or discovery that employs a practical method not guaranteed to be optimal or perfect, but sufficient for the immediate goals. Involving or serving as an aid to learning, discovery, or problem-solving by experimental and especially trial-and-error methods serving to indicate or point out; stimulating interest as a means of furthering investigation.

Frequency, Probability, Adaptive, Reliable and Unreliable Inferences
As a sort of summary, it's possible in many ways our brain *does* act a certain way because those ancestors of ours whose brain got used that way, survived a bit better and had more offspring than those who didn't.  But that isn't about skills or knowledge.  It is at best instintive reaction, and at worst, particular ways of leaping to conclusions. [see epigenetics]

These programs were not selected to solve the total array of logically possible computational problems. Instead, they were selected on the basis of how
well they solved the adaptive problems faced by our hunter–gatherer ancestors
(e.g., finding a mate, cooperating with others, hunting, gathering, protecting
children, avoiding predators). Natural selection tends to produce programs that
solve problems like these reliably, quickly, and efficiently.

It could be that at some point in our species’ history, the motivation to see something through to completion had a greater probability of ensuring survival than having a high willingness to cut one’s losses. Given that at least some of our ancestors hunted by chasing their prey for extremely long amounts of time, and that agrarian societies require patience over long time frames, it’s not too hard to see why this could be.

The sunk cost heuristic also appears to me to have something in common with prospect theory; in particular the part that describes our willingness to take greater risks when we are more likely to lose what we already have.
http://www.uni-bielefeld.de/ikg/zick/content%20gilovich%20et%20al.pdf 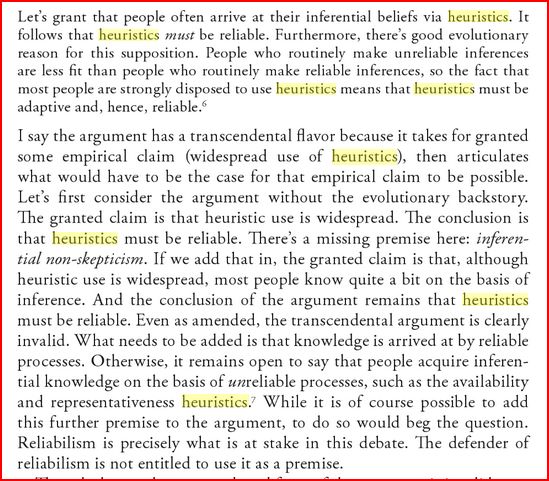 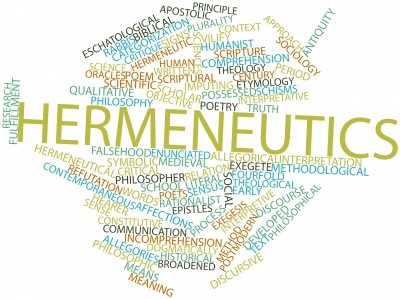 Hermeneutic Union
Hermes was messenger and interpreter between gods and mortals. Hermeneutics is "to make clear." It is an approach cultivating our ability to interpret or understand from another's perspective, and applying that insight, empathy, and understanding to interpretation or making sense of any situation.

Hermeneutics is a technique for background understanding of another’s mind and worldview. It concerns judging psychological accuracy from inaccuracy. Accurate beliefs deliver long-term satisfactions by distinguishing between accurate and inaccurate readings of situations by contextualizing them and comparing them.

Text & Context
Hermeneutics is a research paradigm we can apply in genealogy research. A hermeneutical and less epistemological understanding of the genealogical method avoids the paradoxes of perspectivism and the metaphorics of vision by construing the phenomenon not as a physical object but as a text.

Genealogical explanations concern the relations between the act or state of believing and the content that is believed. A genealogy explains the advent of a belief, in the sense of a believing, (an attitude) in terms of contingencies of its etiology, appealing exclusively to facts that are not evidence, that do not provide reasons or justifications, for the truth of what is believed.

Knowledge Transfer Pathways
Human affairs aren't  governed by a set of natural laws, so hermeneutics provides interpretive understanding of the actions and meanings created by historically and culturally situated actors. Our ancestors are symbolically situated along the knowledge transfer pathways of the branches of the family tree, genetic and epigenetic vectors.

Verification procedures are both internal and relative to the particular kinds of perspectives. We develop systems of meaning and justification to make sense out of the world, understanding perennial aspects of the lived experience of meaning.

Relational hermeneutics is a full-bodied, soul-engaged, heart-transforming encounter that involves the subjective worldview of the interpreter as much as the process of interpretation. Theories of embodiment are grounded in a phenomenological comprehension of the lived-body, including knowledge embedded within our physical form.

Life, Expression, Understanding
The hermeneutic tradition values and explores the meanings of human experiences as they are lived. Such meanings are lived in cultural, sub-cultural, linguistic, religious, and gendered contexts. Sociocultural perspectives on psychological phenomena require careful attention. Not merely inner experience, lived experience recognizes the historical dimension in the psychological.

Hermeneutic philosophy sketches a more balanced and credible approach to finding a genuine alternative to modern individualism and postmodernist relativism. What is the power of interpretation? What can we get at through interpreting? Can we get at Essences of things? Like the difference between symbol and image, hermeneutics subordinates the universal to the particular.

Interpretive Perspectives
In philosophy and psychology it includes the interpretation of all texts and systems of meaning, including experiences. In the domain of genealogy it also includes recognition, metaphors, and insinuation. Psychological hermeneutics is the body of knowledge enabling insight and the discussion of biopsychosocial cause and effect.

Whatever is conscious exists along with psychological meanings in relation to present, past and future relationships between people -- and in relation to the relationship that people have with themselves. The ways of making sense of people in all situations is inextricably tied up with emotions and working out what exists for them and about them.

However, we are never other people nor do we ever have access to their consciousness. We cannot feel what they do or have the same life experiences as they. We can only interpret others from our prior understanding. Empathy occurs within oneself but is the central connection to others. To be empathic is to interpret empathy “out of” one’s own experience of other people.

Genealogy As Context
Experiences derive meaning from their overall position in the totality of our involvements in the world. Once born into the specific body, family, place and time in which we live, we have to deal with the details of ordinary life, temporal contexts, and social relationships. In this view there is no doing without being, no thought without feeling, no action without reaction, no values without ethics, no self without others. Being in a context is a multi-faceted whole, classically symbolized in the genealogical chart.

Hermeneutic engagement works with both Above and Below. Hermeneutic union lies in the shared realities through which we create meaning. It amplifies environmental identity for our ancestors. We all create symbolic and imaginal worlds.

Our genealogy personal history is the best promise we have for understanding our shared humanity because it is physiologically grounded. As genealogists we interpret our own psycho-history. Psychogenealogy is a rigorous psychological and historical analysis of our lineage and its interactive effect on ourselves.